The French’s Food Company has announced a new promise to use real, local ingredients and to operate in a socially responsible manner 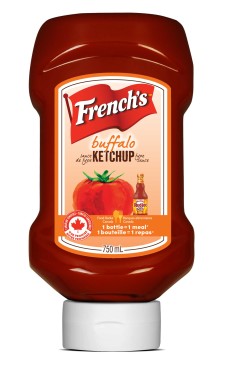 This December, The French’s Food Company has officially announced a commitment to using real, local ingredients, and to social responsibility.

As a lead-up to announcing this new promise, which the company is referring to as “The French’s Promise,” French’s spent 2015 refining its product recipes, and today more than 90 per cent of its products now include only real ingredients, without artificial flavours, colourants, dyes or high-fructose corn syrup (HFCS).

As for the social responsibility aspect, this is something that’s partly driven by current consumer expectations that companies should do more than just produce and sell products, according to a French’s media release. Today’s consumers expect a company to be socially responsible, and French’s is promising to meet those expectations. In 2015, for example, French’s partnered with Food Banks Canada, an organization dedicated to eliminating hunger in Canada. As part of this partnership, French’s will provide more than one million meals to fight hunger in the local community through its “1 Bottle = 1 Meal” campaign beginning this holiday season. For every bottle of ketchup sold, French’s will donate a meal to a hungry family.

“Credit our employees for this amplification of our values,” says Elliott Penner, president of The French’s Food Company. “They want to work for a company that only uses ingredients they are proud to serve their family and friends and a company that thrives to make a positive impact on their communities.”

Penner went on to say, “This promise is not a one-off. It’s a reflection of how we run our business every day. Delivering on this promise has been a challenge. In an era when so many companies are forced to cut costs by cutting corners, our model is to ask, ‘What can we do better?’ These are the decisions that make our company different. We’re not perfect, but taking this path forward is an achievement that makes us all very proud at French’s. Great taste, real, local ingredients and true commitment to our communities, that’s what this is all about.”

The overall promise extends to the launch of a few new products as well: featuring clean labels that include simple, local ingredients, French’s is launching a new mustard and two new ketchup flavours – French’s Super Yellow Mustard, as well as French’s Buffalo Ketchup and Garlic Ketchup.

A “Promise Seal” signaling the new commitment will begin to appear in December on French’s products and across all of its communications, promising “great taste, real, local ingredients, and true commitment to our communities.”