Food safety detection with a smartphone 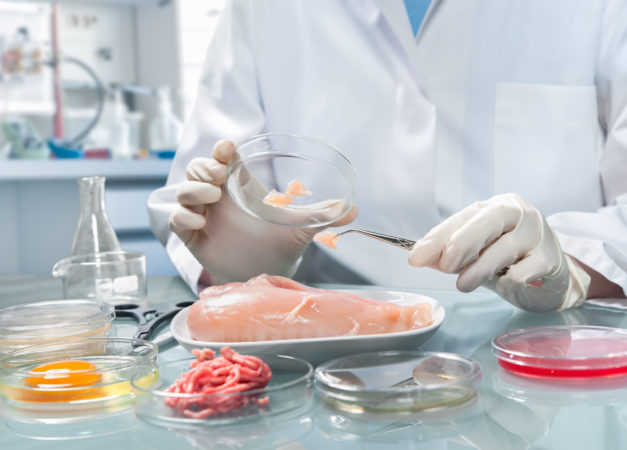 Quality control expert inspecting at food specimen in the laboratory

Cambridge, Mass. – Researchers at the Massachusetts Institute of Technology (MIT) say they have created a better safety test for Escherichia coli O157 that is faster and cheaper than many solutions already out there.

In a story on MIT’s website (“New technology could offer cheaper, faster food testing,” by Anne Trafton on April 5, 2017), the university explains the “new test is based on a novel type of liquid droplet that can bind to bacterial proteins. The interaction…can be detected by either the naked eye or a smartphone…”

Timothy Swager, the John D. MacArthur Professor of Chemistry at MIT and the senior author of the study, says in the statement that the test represents a “new way to do sensing. What we have here is something that can be massively cheaper, with low entry costs.”

The specialized droplets, says the website, were created two years in Swager’s lab. The researchers then “decided to explore using the droplets, called Janus emulsions, as sensors because of their unique optical properties,” says the website.

To turn them into sensors, the researchers added a specialized molecule to the droplets, which can “bind to a protein called lectin, which is found on the surface of some strains of E. coli. When E. coli is present, the droplets attach to the proteins and become clumped together” – a change that can easily be seen.

To show “how these droplets could be used for sensing, the researchers placed them into a Petri dish atop a QR code that can be scanned with a smartphone. When E. coli are present, the droplets clump together and the QR code can’t be read.”

The MIT team hopes to adapt its new test, which for users could mean faster and cheaper food safety detection using their own smartphones. The researchers also hope to adapt the sensors for other strains of E. coli and other harmful bacteria, and they’re working on improving the sensitivity of the sensors.