A recent federal decision means Western grain producers can decide how, when and to whom they sell their grain

St. Andrews, N.B. – Alberta, Saskatchewan and B.C. producers of wheat, durum and barley now have a choice as to how they market their grains.

The federal government made the announcement late last week at this year’s annual meeting of federal, provincial and territorial agriculture ministers.

The news means Western Canadian farmers have the same right other farmers in Canada and around the world have to choose how they sell their grain, to whom and at what price works best for them.

The agriculture ministers of the Western provinces say marketing opportunities are being lost, so the transition to an open market means more freedom for farmers.

Federal agriculture minister Gerry Ritz had announced that the Government of Canada would end the Canadian Wheat Board’s monopoly and give farmers the right to choose how they market their own grain by Aug. 1, 2012. 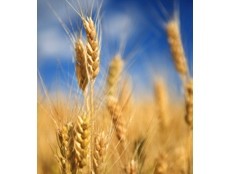