Innovation, Science and Economic Development Canada announced the successful superclusters; one of them is Protein Industries Canada 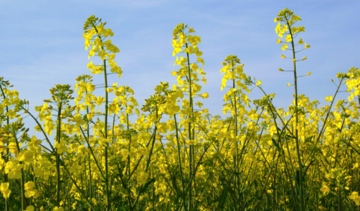 Regina, Sask. – The federal government has announced the five successful superclusters that will share $950 million.

The government had called on industries to submit proposals showing a clear “strategy for creating and growing new companies, creating jobs that require advanced skill sets, equipping Canadians with the knowledge and skills for the jobs of the future, attracting private investment and generating meaningful economic activity.”

Protein Industries Canada (PIC) says it’s an industry-led alliance of more than 120 private sector companies, academic institutions, and other stakeholders across Western Canada “aimed at fully developing the potential of plant-based proteins from crops such as canola pulses, grains, hemp, and flax.”

Frank Hart, the board chair of PIC, says in the statement being named one of the superclusters will mean opportunities for agricultural across the Prairies and for food processors across Canada.

“Plant-based protein is a $13-billion market of which Canada currently has a minimal share,” he says. “We need to seize this opportunity before our competitors do.”

PIC says in the statement that its work will focus on crop breeding, crop production value-added processing, and export development.

According to an independent study, says the statement, the PIC supercluster “is estimated to generate over $700 million in new commercial activity and billions in incremental GDP over the next decade together with approximately 4,700 new jobs.”

For more on all five of the superclusters, click here.