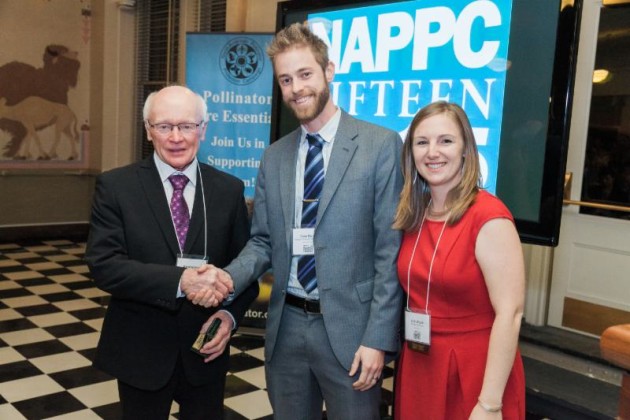 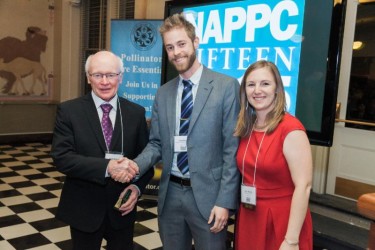 The Canadian Federation of Agriculture (CFA), along with the Pollinator Partnership and the Canadian Forage and Grassland Association, have named farmer David Ainslie as the 2015 recipient of the Canadian Farmer-Rancher Pollinator Conservation Award.

This annual award collects nominations from across Canada and recognizes the contributions Canadian farmers make towards protecting Canada’s irreplaceable pollinators and pollinator habitats.

Ainslie was among the first in his area of Essex County, Ont., to adopt conservation farming techniques such as no-till cropping. According to the CFA, Ainslie has worked tirelessly to incorporate his understanding of natural systems into his farm operation. By designating some 40 acres of his land as natural areas (featuring a woodlot, rock chutes, windbreaks and pollinator garden, just to name a few) he has succeeded in improving water quality and wildlife habitat on his farm, while proving that conservation efforts and conventional farming can work well together.

“The important contribution that pollinators have on our everyday lives cannot be overlooked, as they directly contribute to the production of one-third of the human diet,” says CFA president Ron Bonnett. “I commend Mr. Ainslie for his leadership in farmland conservation and innovative efforts in protecting pollinator habitats.”