Entomo Farms named as a Excellence in Agriculture Award recipient

The Excellence in Agriculture Awards has named another recipient, Entomo Farms.

As a leader in cricket powder for food products for people, pets and livestock, Entomo Farms supplies over 50 companies and has begun harvesting the cricket castings as a super fertilizer, aiming to be a zero-waste facility. Since 2015, Entomo Farms has created 30 full-time jobs, with a planned expansion of an additional 28 full-time positions.

The Excellence in Agriculture Awards recognize agri-food businesses, individuals and organizations that have raised the bar for agri-food excellence, demonstrated leadership in their field, undertaken strategic product development benefiting their sector or advanced technological innovation.

“We’re very honoured to be recognized by the Province. Producing crickets as food is new on many fronts so we’ve been lucky to have strong support from Health Canada, OMAFRA, and especially the local communities in Peterborough and Norwood. Many other countries around the world already know how beneficial eating crickets can be for your health and we’re excited to bring this clean, nutritious food source to more people at home,” said Jarrod Goldin, president of Entomo Farms.

The Excellence in Agriculture Award recipients were chosen by a committee of agri-food sector leaders. The awards recognize innovation for one primary producer, one processor, and one agri-food organization, and gives an honorary mention to an additional six innovations. 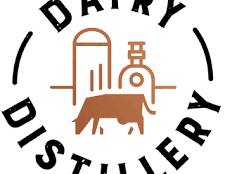 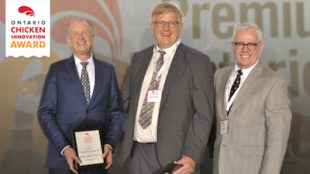