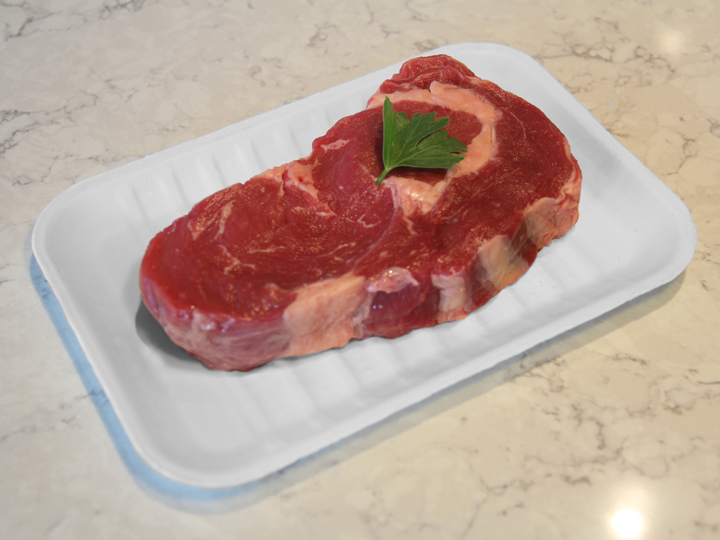 July 8, 2020, Hantsport, N.S. – Responding to industry and consumer demands for less plastic packaging, CKF Inc. has worked with key retailers to develop an Earthcycle solution for meat and seafood.

Still a thermoformed moulded pulp tray, the new Ultra White Earthcycle trays are made from 100-per-cent virgin fibre, giving them an eye-popping white, which strikingly highlights the final packaged meat or seafood item.

In working with a large northeastern grocery chain, the trays were tested for performance and appearance.

For protein applications packed at site, the trays met the five-day shelf life requirement. In addition to being a different colour to the original Earthcycle trays, the new ones are also heavier, which makes them up to 20-per-cent stronger.

“It is a balancing act,” says Brad Dennis, vice president of sales and marketing. “Adding coatings or laminates to our Earthcycle offering detracts from the superior end-of-life value proposition of our material. We chose to go to market with a clean, mono-layer material that offers the consumer an easy recycling alternative in the paper stream.

“The new protein Earthcycle trays are best used in conjunction with a soaker pad and ideally used for in-store packing.”

The trays are in the process of being certified home-compostable by AB Vincotte, but until then, they are considered widely recyclable in wastepaper streams. Made from sustainably sourced North America pulp, the trays add to Earthcycle’s already extensive product line of trays and punnets for the fresh produce sector.

CKF Inc. is a diversified Canadian-owned manufacturer that offers a wide range of moulded pulp, foam, and rPET products to meet the specific demands of retail consumers, foodservice operators and the packaging industry. CKF is part of the Scotia Investments Group of Companies.

The company operates five plants across the country – in Hantsport, Rexdale, two in Langley, and one in Delta – and employs more than 700 people.