E-Nose will sniff out plant disease

A new technology has been developed to detect crop pathogens by smell, even weeks before any infection is visibly apparent 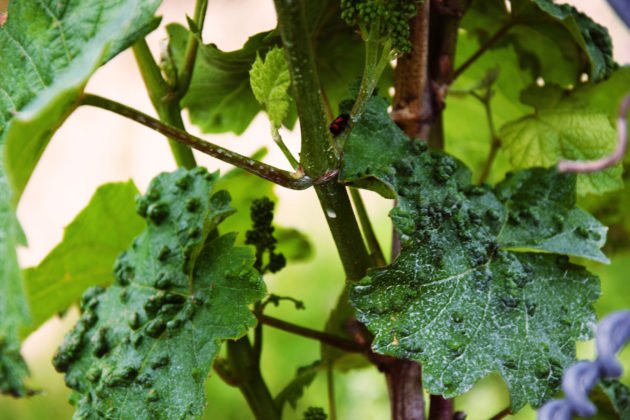 The "blister mite" is a harmless disease. Although they can be combated with insecticides, you get neither better nor more wine.

An electronic “bloodhound” that can sniff out plant disease will soon be available to the agricultural industry. Called an E-Nose, this equipment was developed to detect crop pathogens by smell, even weeks before any infection is visibly apparent.

Kit Franklin, a lecturer of agricultural engineering at Harper Adams University, was quoted as calling it “an amazing tool for early detection” in a newspaper article published in the Courier (UK).

According to the Courier article, Franklin unveiled the new technology during a discussion on the latest sensors, robotics and automation at the SRUC (Scotland Rural College) and AHDB’s (Agricultural and Horticulture Development Board) joint Agronomy 2017 (Scotland) forum in early January.

Franklin says the E-Noses may even be able to give arable farmers as much as a two-week head start when it comes to controlling a wide variety of plant diseases (including fungi, oomycetes, bacteria, viruses and nematodes), and added that early trials have shown the technology to be able to detect particularly destructive fungus-like organisms, including potato blight, which is considered one of the more devastating agricultural crop diseases.