Demand on the rise for Ontario-grown quinoa 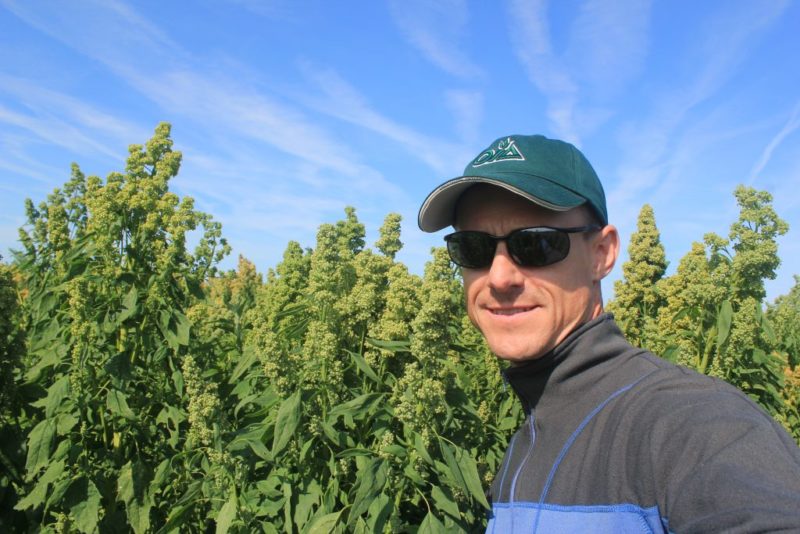 Since then, production is increasing, demand continues to exceed supply, and his efforts achieved a new level of fame after a successful appearance on CBC’s The Dragons’ Den, a reality show that gives Canadian entrepreneurs the chance to pitch ideas to a panel of venture capitalists. 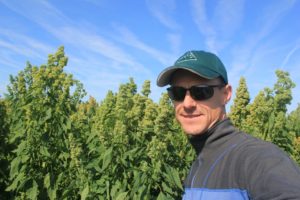 Draves’ history with quinoa started a decade ago when serious health issues forced him to examine his eating habits. His consultations with a customized team of health care professionals led to a diet high in quinoa-based meals.

And, while the crop is traditionally grown in South America and imported into Canada, there are issues in quality and consistency of supply, so he began researching to see whether the crop could successfully be grown in Ontario. And it can.

In 2016, he’ll have 36 farmers from Saskatchewan to Quebec (with the majority in Ontario) growing 500 acres of the crop. That’s more than double the farmers and five times the acreage from two years ago.

By next year, he anticipates that the acreage will increase another three to five times in size. The crop is currently processed at a rented facility with plans for a permanent plant in the next two years.

His appearance on Dragons’ Den in 2015 almost didn’t happen.

One of the show’s producers had seen the company at a tradeshow and reached out about an appearance on the show. Draves’ initial answer was a firm no, because he didn’t think they were ready.

But the show was persistent and slotted Draves in for an appearance regardless of his concerns. He polled his staff and some trusted advisors and they came up with a list of conditions related to business targets that would have to be met before a pitch could be considered.

In the final days before the show (with a draft email ready to decline the invitation), the last condition became a reality so Draves was off to the CBC studios in Toronto to make a successful deal with Dragon Vikram Vij.

The match with the chef, cookbook author and television personality has been a great one.

“Vikram’s such a strong supporter and believer in what we’re doing,” Draves said enthusiastically.

Draves’ goal, from day one, was to “grow the highest quality, highest nutritional value quinoa in the world.”

Six years in, he’s already achieved that lofty target. The current variety they’re growing is called Quinta Quinoa – it’s a super food high in protein, fibre and zinc, as well as an excellent source of iron and magnesium.

Nutritional tests on the variety have demonstrated it’s also higher in all of these nutrients than its imported competitors, is ideal for gluten-free diets, and grows well in Canadian climates.

Draves and his team are testing 60 new naturally crossed varieties this year and expect to have the best of them in production by the 2018 growing season. He’s also interested in talking to farmers who would like to grow for them.

“Most farmers are coming back year upon year and asking to increase their acreages,” Draves noted.

Draves has received support from Growing Forward 2, a federal-provincial-territorial initiative, and from the Ontario Ministry of Agriculture, Food and Rural Affairs’ New Directions Research Program.