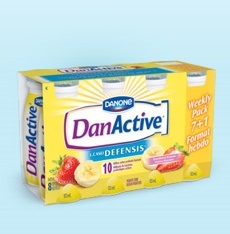 Danone Canada will invest $50 million in its Boucherville, Que.-based plant to produce its DanActive probiotic drink. The company says the investment will create 31 direct jobs and more than 500 indirect jobs.

It will also mean that the DanActive Canadian consumers find on grocery store shelves will be produced in Canada and not in the U.S.

“Up until now, the DanActive found on store shelves in Canada was entirely produced at our plant in the U.S. as we conducted studies aimed at gauging Canadians’ interest toward this new generation of probiotic drinks developed by Danone Research,” says Louis Frenette, president and CEO of Danone Canada.

“After completing our analysis, we’re proud that DanActive will be produced in Canada by local workers using local products.”

“We’re firmly established here and are proud to contribute to the area’s economic and social development.”

Danone Canada generates sales of over $500 million and employs 550 people.