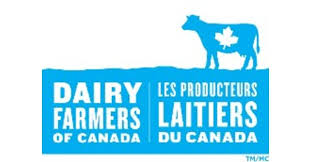 A new campaign by the Dairy Farmers of Canada (DFC) aims to shift perceptions of dairy amongst the next generation of consumers and redefine it in a positive way. Milk. It’s in the stuff you love focuses on Millennial and Generation-Z consumers by highlighting the presence of milk in foods that people enjoy every day.

“Attitudes toward food have changed over recent years,” says Pamela Nalewajek, vice president, marketing, DFC.  “Millennials and Generation-Z see things quite differently than previous generations, and to be relevant and meaningful we have to evolve our messaging to reposition milk for this group of consumers.”

The campaign is about milk as an ingredient. The goal is to drive awareness of milk’s association with dairy products, inspire millennials to rethink their stance on dairy.

Consumption habits are important to address in this demographic as 41 per cent of millennials are now parents and have the ability to influence the next generation of consumers.

Key elements of the campaign include the use of 15-second video clips inspired by movie and TV tropes such as romantic comedies and cooking shows, where the glass of milk character interrupts familiar scenes to let viewers know that he’s in their food, shifting the tone for a comedic twist. Other aspects of the campaign will showcase the same character positioned with popular foods.

The campaign launched on Oct. 22 with highly-visible, multimedia placements across Canada. The media channels are focused on reaching the millennial audience through this journey to ultimately consider dairy at purchase. Campaign placements will include TV, cinema, online video, digital display, social media, web, instore and outdoor display advertisements and will run until Dec. 1.