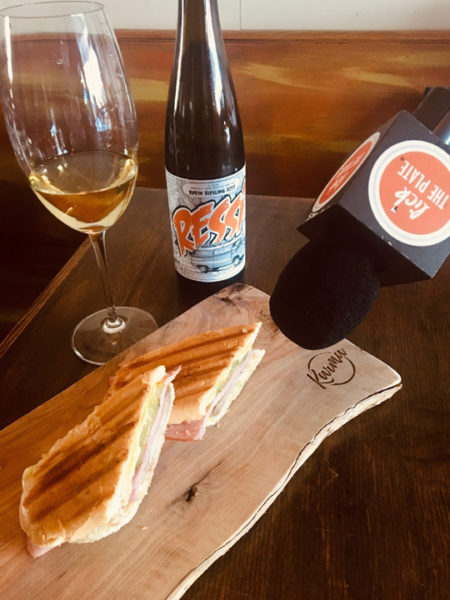 March 10, 2020, Windsor, Ont. – David Boylan, host of Lick the Plate, a food and music radio show on 93.9 The River that covers Windsor, Ont., and Michigan, has aired episodes of an interview with a Karma Cuban Sandwich.

The episodes were aired March 9 on the radio station. The interview can be found on SoundCloud or at Lick the Plate.

The interview celebrated the addition of the sandwich to the menu at Karma Wine Bar in Tecumseh, Ont., just outside Windsor.

The voice of the sandwich is actually Michelle Tremblay, owner of the wine bar.

The show allows people in the Windsor, Detroit and Michigan culinary and music communities to tell their stories.

The interview covered the history of the Karma Cuban Sandwich, describing it’s preparation in detail, history going back to Cuba, and it’s migration to Tampa and Miami, Fla.

Boylan, who is somewhat obsessed with Cuban sandwiches, suggested the idea of adding one to the menu at Karma Wine Bar and Tremblay jumped at the idea.

Boylan thought it would be fun to conduct an interview with the Karma Cuban Sandwich and give it a female voice.

“I was so excited with what Michelle had created with this Cuban sandwich that my creative wheels started spinning and this idea kept coming back to me. Michelle was on board and given that this sandwich is her creation, it made sense to give it a female voice.

“We are not pretending to be Cuban here, this is the Karma Cuban and it has a style and voice all its own.”