Following the WHO’s headline-making news that red meat consumption is linked to cancer risks, a new study shows that cooking method can make a difference 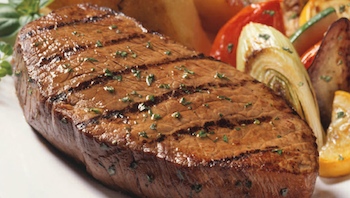 An October 2015 report from the World Health Organization made headlines when it linked eating processed and red meat with an increased cancer risk. But a new study published in the journal Cancer has shown that the cooking method may have an impact as well.

The study revealed that high-temperature cooking methods may increase the risk of kidney cancer for those who regularly consume a large amount of meat.

In the study (called “Gene-environment interaction of genome-wide association study-identified susceptibility loci and meat-cooking mutagens in the etiology of renal cell carcinoma”), the meat eating and cooking habits of those who had been diagnosed with kidney cancer were found to be much different than the group of cancer-free people studied.

Researchers found that those with cancer ate more meat overall, and also were more likely to cook their meat by pan-frying at high temperatures, cooking over an open flame, or frequently charring meat.

In an NPR interview about this study, Stephanie Melkonian, a post-doctoral fellow at the MD Anderson Cancer Centre and a co-author of the new study in Cancer, said that the lower-risk methods for cooking red meat would be baking and broiling. Other lower-temperature cooking techniques include sous-vide (the French cooking method where food is sealed in airtight bags and heated via water bath) and preparing meat in a Crock Pot or any other type of slow cooker.