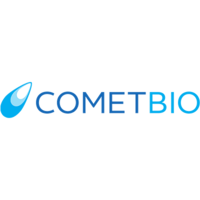 Comet Bio, a manufacturer of healthy, sustainable and natural ingredients, was won this year’s Institute of Food Technologists 2019 Innovation Award. The award recognizes the company’s Sweeterra syrups for being healthy and sustainable without compromising on performance or taste.

Sweeterra syrups are functionally equivalent to corn syrup but with fewer calories, lower sugar, and higher dietary fibre, allowing food manufacturers to easily strengthen the nutrition label and sustainability claims of their products.

The company upcycles crops leftover after harvest – such as straw, leaves, and stalks – into ingredients. The company’s Sweeterra syrups are a natural, functionally equivalent alternative to corn syrup giving companies a healthier sweetener option. Their Sweeterra 63DE syrup has fewer calories, lower sugar, and higher dietary fibre than traditional corn syrup, while their Sweeterra 95DE syrup is of the highest grade and cost competitive. The company also produces a Plant Fiber Extract which is an Arabinoxylan dietary fibre. Dietary fibres promote gut health and support a healthy metabolism.

Comet Bio’s upcycled ingredients are better for the planet due to waste reduction while helping farmers take advantage of their whole harvest. According to an independent analysis, Comet Bio’s ingredients are made with over 60 per cent less greenhouse gases than traditional corn syrup.