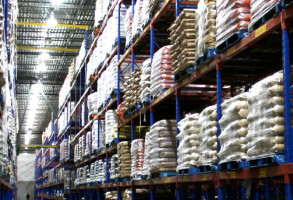 Boucherville, Que.-based Colabor Group Inc., a wholesaler and distributor of food and non-food products serving the foodservice market, has announced a plan to rationalize and optimize its operations.

Colabor’s plan is intended to improve its operating efficiency and profitability, despite difficult business conditions in the foodservice distribution industry, and to complete the integration of its acquisitions of recent years. It consists mainly of centralizing and consolidating certain operations at the head office of the company or of its divisions.

The plan will entail the elimination of approximately 120 jobs, or eight per cent of the company’s headcount.

The rationalization measures are expected to result in cost reductions estimated at more than $6.0 million annually. According to a company press release, these savings will be progressively realized during fiscal 2016 and will take full effect during fiscal 2017.

“This detailed plan, which stems from the analysis of our profitability and indebtedness, will enable Colabor to remain a leader in the foodservice distribution industry in eastern Canada,” says Claude Gariépy, president and CEO of Colabor. “We regret the consequences of personnel reduction for the employees concerned and their families and we have taken equitable measures to provide them with all the support they deserve. The plan will result in a leaner and more flexible operating structure to the benefit our customers and suppliers. Its execution will facilitate the achievement of our strategic priorities in the short and medium term, while promoting long-term growth.”