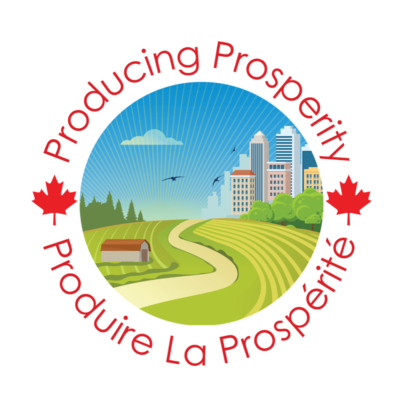 From autonomous farming equipment to blockchain-based food traceability, to artificial intelligence (AI) social media polling – Canada’s farmers are modernized, mobilized and ready for the digital future – but the sector needs government support to get there.

The Canadian Federation of Agriculture (CFA) recently launched Producing Prosperity in Canada, a national campaign aimed at federal politicians to promote the strategic importance of Canada’s Agri-Food industry, and what it can provide the country as a whole.

Currently, Canada’s agriculture and food industry generates $112 billion annually of GDP and employs 2.3 million people (one in eight jobs). From 2012 to 2016 the sector grew by 11 per cent, compared to the overall economy which grew by 7.8 per cent during that same period.  As a nation, we are the world’s fifth largest food exporter, providing more than $60 billion of Agri-Food products annually across the globe.

To enable meaningful conversations with politicians, the CFA engaged Advanced Symbolics, an Ottawa-based research firm that uses proprietary AI algorithms to decipher what Canadians are talking about online. Since last fall this AI methodology has been assessing public attitudes about Canada’s Agri-Food sector, specifically in regard to economic development, food security and environmental stewardship.

Some of the more interesting findings include:

ECONOMIC GROWTH – Canadians believe that agriculture can lead to economic growth for Canada. Additionally, Canadians have a very favourable opinion that the country’s agricultural processing sector is capable of growing the national economy.

FoOD SECURITY – While the price of food is important, more Canadians prioritize quality when it comes to making choices when shopping for food. There is overwhelming support for food grown and processed in Canada, over food imported from other countries.