TMX Group launched a social media campaign called Canada's Next 150 profiling Canadian entrepreneurs and forward-thinkers, including those in the food industry 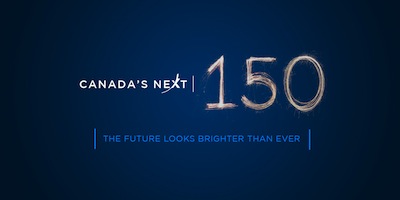 In a statement, TMX Group says the campaign, called Canada’s Next 150, “recognizes the newest generation of dynamic, visionary Canadians leading our country to future success.”

The campaign began in July and will wrap up in October. The submission deadline was Aug. 11. The campaign called on Canadians  “from coast-to-coast to nominate candidates from across a wide range of fields, including technology, business, academia and sport, who are doing their part to make Canada’s Next 150 years even brighter,” says the statement.

The aim is to highlight young entrepreneurs and forward thinkers “who are doing amazing things and who represent the wonderful diversity of our country,” says the TMX website.

In the statement, Alison Simpson, senior vice-president of Marketing & Brand at TMX Group, says the company’s own roots go back to before Confederation.

“So, it’s natural for us to celebrate Canada’s150th birthday by collaborating with fellow Canadians to showcase some of the truly inspirational emerging leaders – from industry and beyond – who will help make Canada’s next 150 years even brighter,” she says.

For more on the campaign and to view the profiles, click here or visit here.