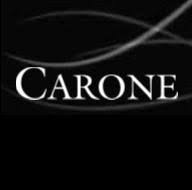 “We have been growing grapes, making wine and meticulously ageing small-batch wines since the mid-1990s, this move into distilling signifies a new opportunity for our business to sustain growth and diversify risk. Spirits had the largest growth rate of Quebec-made alcohol last year and was not impacted by the multitude of changes that the artisanal wine industry now faces,” said Anthony Carone, owner, winemaker and distiller at Carone.