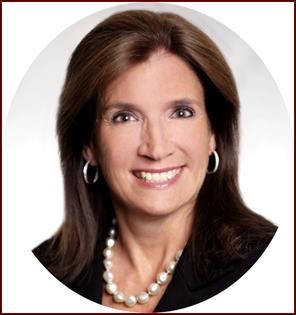 Food & Consumer Products of Canada (FCPC) announced that Carol Stewart, retired president and chief executive officer at Kellogg Canada Inc., will receive the 2019 Award of Distinction at this year’s annual CEO & Executive Leadership Conference. The conference will be held from Oct. 10-11 at the White Oaks Conference Resort & Spa in Niagara-on-the-Lake.

The award is presented to Carol in recognition of her career spanning over three decades. Carol has been an active member of FCPC for many years, including participation on the Board and, most recently, as board chair.

Carol holds a bachelor of business administration from Wilfred Laurier University and got her first job in the CPG industry at Cadbury. In 1989, she took on a brand manager position at Kellogg Canada and succeeded through a series of increasingly senior roles, including senior vice president, sales. In 2009, she became president and CEO, the first and only woman to hold the title for Kellogg Canada to date. Carol retired in August 2019.

FCPC’s Governance Committee bestows this award to deserving individuals whose achievements and contributions to both FCPC and the Canadian food and consumer products manufacturing industry demonstrate excellence. Recipients are customarily celebrated and honoured by their peers at FCPC’s CEO & Executive Leadership Conference.

The Award of Distinction has been presented since 2010. Past recipients include Allan Cosman, Ferrero Canada, Marc Guay, PepsiCo Foods Limited, Tom Gunter, Fiera Foods and ConAgra Foods Canada, and others.