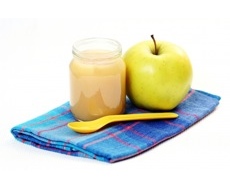 To help Canadians get ready for the impending cold and flu season, the Canadian Health Food Association (CHFA) has conducted a national survey of more than 1,500 Canadians across the country to determine if they can distinguish fact from fiction when it comes to popular natural health myths.

The results? Canadians achieved a passing grade overall, according to the CHFA, but the survey revealed some significant knowledge gaps in the area of popular natural health products (NHPs) such as probiotics, vitamin C and vitamin D.

One of the areas where the survey revealed a lack of knowledge was the role natural health products play in digestive health. While 95 per cent of Canadians surveyed understand that not all bacteria are bad, only 69 per cent knew that probiotics have been linked to immunity and only 28 per cent knew that serotonin, our feel-good hormone, is produced mostly in our gut.

According to the CHFA, the national survey also revealed the following:

The survey also highlighted some variation in knowledge between regions. Albertans are less likely than the rest of Canadians to answer correctly when asked if eating organic foods significantly reduces exposure to pesticides (51 per cent versus 62 per cent). At the same time, however, Albertans are more likely to know that multivitamins are important not only for pregnant women (94 per cent), compared to the 86 percent of Ontarians, Quebecers and B.C. residents who did not.

Meanwhile, Nova Scotians received top grades when asked if Canadians get enough fibre, with 94 per cent reporting correctly that we do not; but only 29 per cent of East Coasters know that caffeine can improve exercise performance.

The nationally representative survey of 1,585 Canadians was completed by Leger Marketing from Aug. 17 to 20, 2015.