The Fisheries Council of Canada (FCC) and the Canadian Aquaculture Industry Alliance (CAIA) are pleased to see the launch of the federal government’s Canadian Blue Economy Strategy consultations. The ‘Engagement Paper’ shows nearly 90,000 jobs and $9 Billion in GDP contribution for the seafood industry for Canadians – more than any other ocean-based sector. The seafood sector can grow substantially in both jobs and value to help drive COVID recovery and help Canada become a global leader in the sustainable oceans economy.

The Canadian seafood industry shares the sentiment expressed in the Blue Economy Strategy engagement paper that Canada should be a leader in the global blue economy. With the longest coastline in the world, it only makes sense that Canada should modernize our ocean sectors in a sustainable way, consciously create more jobs in our coastal and Indigenous communities, and focus on science, technology and research to advance both the economic return and stewardship of our oceans.

“The potential of Canada’s fish and seafood industry for long-term, sustainable job-creation will be paramount for Canada’s COVID-19 recovery and for Blue Economy development,” said Timothy Kennedy, CAIA President & CEO. “Canada has yet to seize its seafood opportunity and this strategy development is a chance to frame and realize Canada’s outstanding Blue Economy promise.”

As Canada shapes its blue economy strategy, the seafood industry is ready to lead with a continued commitment to sustainably capturing the potential of our oceans as we have done for hundreds of years. A rising tide lifts all boats.

The Fisheries Council of Canada (FCC) is the voice of Canada’s wild capture fish and seafood industry, promoting a healthy resource and prosperous industry playing a vital role in the Canadian economy. Our members include small, medium and larger-sized companies along with Indigenous enterprises that harvest and process fish from Canada’s three oceans.

Canadian Aquaculture Industry Alliance (CAIA) is the national association that speaks for Canada’s seafood farmers, representing their interests in Ottawa and internationally. CAIA members generate over $6 billion in economic activity, $2.45 billion in GDP, and employ over 25,000 Canadians delivering a healthy, growing and sustainable seafood farming sector in Canada. 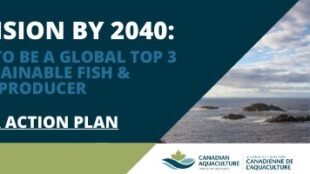 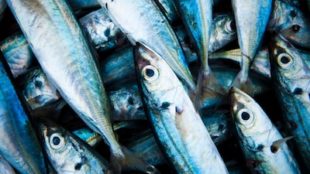