Canadian food prices to rise in 2016

According to a new University of Guelph report, Canadians will be paying more for food next year 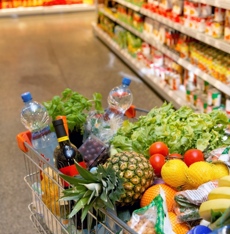 Canadian consumers will likely find themselves having to pay more at the grocery store checkout next year, according to a new report from the University of Guelph.

Overall, the University of Guelph’s 2016 Food Price Report predicts that price increases will average two to four per cent, which is higher than the general rate of inflation.

The weak Canadian dollar, climate factors and various consumer trends will all play important roles in food pricing for 2016, according to Sylvain Charlebois, the lead author of the report.

“This means the average household will likely spend $345 more than in 2015 for the same exact food,” says Charlebois, a professor with Guelph’s Marketing & Consumer Studies department. “The biggest factor could be the Canadian dollar. For every cent the dollar drops, foods that are imported likely increase one per cent or more. For fruits and vegetables, unlike with meats, it’s more challenging to find substitutes in Canada, so shoppers will have to cope with higher prices.”

The pattern began this year (2015), when the sudden currency drop led to fruits, vegetables and nuts increasing in price by nine to 10 per cent, and the Guelph researchers are predicting that those items could increase in price in 2016 by up to 4.5 per cent.