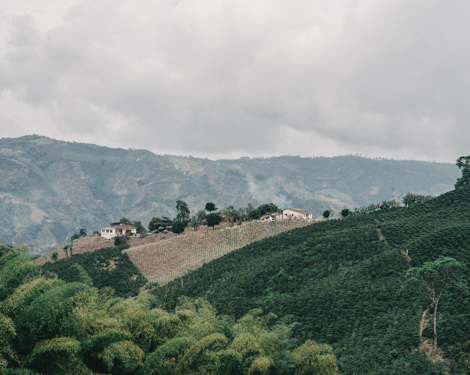 Budweiser has announced a virtual power purchase agreement (VPPA) with Capital Power, a leading player in state-of-the-art energy sustainability, including approximately 51% of the electricity generated by a new solar facility in Taber, Alberta. Of Budweiser’s contracted electricity, approximately one-quarter will be bundled with project-generated RECs directly from the solar facility and three-quarters will be bundled with RECs sourced elsewhere in Canada. This milestone development is the next chapter in AB InBev’s global sustainability strategy in which Labatt Breweries of Canada plays a significant role, and specifically the Budweiser brand’s commitment to produce every beer it brews using 100% renewable electricity.

Tim Hortons has launched Tims For Good, a sustainability platform designed to promote continuous improvement at Tim Hortons across three pillars: people and communities, food and beverage quality, and the planet. Since 2005, Tim Hortons has worked with smallholder coffee farming families who are most in need of our support. To date, our partnerships have been implemented in Guatemala, Honduras, Colombia, Brazil and Tanzania and have impacted more than 30,000 coffee farmers and their families, of which 7,000 are women and 4,800 are young adults. “We’re proud to be serving Canadians 100 per cent ethically sourced coffee,” says Kevin West, Vice President of Coffee Operations for Tim Hortons.

Open Farm, a Toronto-based premium pet food brand committed to raising the bar on pet nutrition, has announced its bold 10-year decarbonization strategy.  With sustainability and transparency at its core, Open Farm is embarking on a progressive journey to greatly reduce the brand’s carbon footprint by 2030. Starting with a commitment to offset emissions from the company’s direct operations and manufacturing, Open Farm will set and work towards ambitious science-based targets to reduce their greenhouse gas emissions as part of its new Climate Strategy, expanding the brand’s established Do Some Good® Initiative. Open Farm has chosen to support three high impact programs that provide verified carbon offsets, including Darkwoods Forest Conservation Project in British Columbia. This project sequesters carbon reserves and protects essential habitats for dozens of at-risk animal species. By protecting ecosystems and conservation areas consisting of parks and forest lands, the project also preserves numerous freshwater systems throughout the mountainous region.

Kashi, a pioneer in natural foods with operations in US and Canada, announces that it has officially joined 1% for the Planet, committing to the donation of 1% of Kashi annual sales to nonprofit organizations that support a variety of environmental causes. Kashi is dedicated to making eating well easy through foods that are better for both people and for our planet.

Halifax-based company Outcast Foods has been awarded a business development incentive in the form of a Small Medium Enterprise Innovation Rebate by Nova Scotia Business Inc. (NSBI). NSBI’s most recent backing of Outcast Foods will also assist effective partnerships with more farms across Nova Scotia as well as Sobeys. The company is eligible to earn a maximum innovation rebate of $500,000 through NSBI once the project is completed. Outcast is currently the only company in the world that has created innovative technology that allows surplus upcycled fruits and vegetables to maintain their micronutrients after they are processed in Outcast’s zero-waste facility. The surplus produce once destined for a landfill, is dried to create nutrient-dense wholefood powders that become new, sustainable food sources. The shelf-stable produce powders are used in both Outcast’s line of nutritional supplements and distributed to other companies who are pursuing sustainable avenues for their own products

The project will include installing larger-scale machinery for Outcast Foods patent-pending processing line, allowing the company to increase its drying capacity by approximately ten times its current amount. “NSBI has been incredibly supportive of our efforts to disrupt the status quo of needless food waste. This rebate will directly result in hundreds of thousands of pounds of food being upcycled into highly nutritious products” said TJ Galiardi, Co-Founder & CMO of Outcast Foods.