The Canadian Centre for Food Integrity is a division of Farm & Food Care Canada, a charity with a vision to earn public trust in food and farming 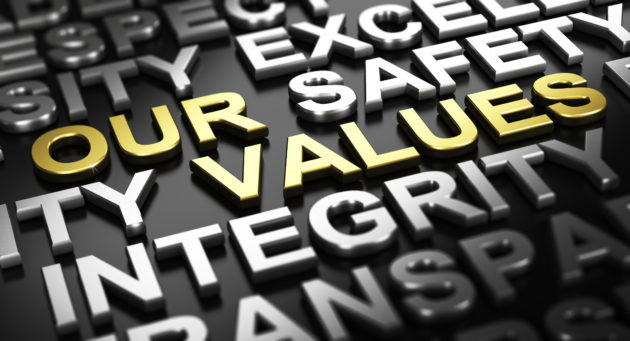 3D illustration over black background. Text our values written with golden letters with other words like integrity or safety written with silver material.

In early June, the Canadian Centre for Food Integrity (CCFI) was launched at the inaugural Public Trust in Agriculture Summit in Ottawa. The CCFI is a division of Farm & Food Care Canada, a charity with a vision to earn public trust in food and farming. The CCFI, like its U.S. counterpart, is made up of members representing the diversity of the entire food system in Canada, from Dow AgroSciences to Tim Hortons.

The CCFI and the yearly Summits are intended to encourage continuous collaborative discussions about public trust amongst farm and food system leaders, while developing concrete actions for earning public trust.

Trust in Canadian food production and farming has been eroded by many factors, among them outbreaks of Listeria, swine flu and BSE over the last few years. Public trust has also been lowered because of shocking recent instances of farm animal cruelty that have been caught on tape and broadcast on television and the internet. Almost three-quarters of CCFI survey respondents believe “videos of farm animals being treated poorly are representative of normal livestock farming.”

There have also been ongoing conflicting scientific claims in the media and in books in recent years about the health benefits, lack of health benefits and even dangers of different food items, from eggs to coffee and whole grains, to various fats to even fruits and vegetables.

To build public trust in Canada’s food system, the CCFI is working to build its membership roster. It will also continue to research consumer opinions, questions and concerns, benchmarking consumer attitudes about food and farming against U.S. and Canadian data gathered over the last 15 years. In addition, the CCFI will develop and highlight the best trust-building practices, messages and models.

For its part, Farm & Food Care will be working on five action points, the top among them being to get credible, balanced and accurate food system information much higher in online search results. Secondly, Farm & Food Care will invest in new online content, for example expanding its Virtual Farm Tours to Virtual Farm and Food Tours. In addition, it will continue working to reach “food influencers” in Canadian society (foodies, bloggers and parents), support the development of new research, and continue to build networks and momentum.

“We see a big opportunity ahead of us,” said Farm & Food Care CEO Crystal Mackay in a Summit press release. “With half our population unsure about our food system, and two-thirds wanting to know more, the time is now to open up more dialogue and increase opportunities for credible conversations about our food in Canada.” She believes the new CCFI will serve as a critical hub to help the Canadian food system better understand the public’s questions and concerns and determine “how to bridge the gap that currently exists between farm gates and dinner plates.”