A report finds that Canada's beer industry accounts for $13.6 billion in economic activity and supports more jobs and businesses beyond the breweries 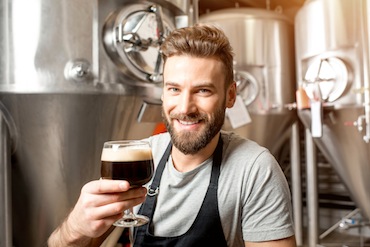 Ottawa – The latest report from the Conference Board of Canada has great news for the country’s brewers.

In a statement, the Conference Board says the report found “beer consumption in Canada and foreign demand for Canadian-brewed beer accounted for $13.6 billion in economic activity in 2016.”

The report is called Brewing up Benefits: The Economic Footprint of Canada’s Beer Economy and was commissioned by Beer Canada.

The Conference Board says that beer continues to be the most popular alcoholic beverage product for Canadian consumers. In fact, it makes up more than 40 per cent of  total alcohol sales through liquor boards and other retail outlets.

And this is despite declining per capita consumption and high taxation, says the statement.

In 2016, “Canadians bought the equivalent of 223 bottles of beer per person.”

The Conference Board says “the overall volume of beer purchased from liquor authorities and other retail stores has remained relatively stable over the past 10 years, while per capita consumption has declined by 10 per cent. Reasons for the decline, include demographic changes, increased competition from other alcoholic and non-alcoholic beverages, and economic factors that affect the price of beer.”

Most Canadian consumers buy beer that is brewed in the country, with nearly 85 per cent of beer sales in Canada originating from a local brewery.

Most of the jobs are in Central Canada, with more than 95,000 jobs in Ontario and Quebec, which are supported by the beer economy. There are 19,000 jobs in B.C. and 13,000 in Alberta. The statement says approximately 75 per cent of these jobs were in:

The Conference Board adds that “beer consumption generated $5.7 billion in annual tax revenues for federal, provincial, territorial and municipal governments in 2016.” And “nearly 47 per cent of the average price of beer sold in Canada goes toward government taxes and liquor board markups.”