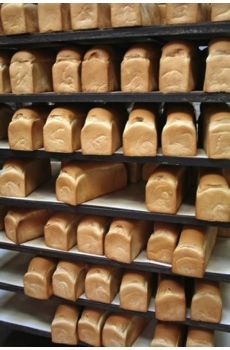 Canada Bread Company Limited is closing three bakeries in the Greater Toronto Area but is investing to build one of the largest facilities in Canada. Announced in mid-January, the company says it is investing approximately $100 million in its Fresh Bakery operations to construct a new 370,000 sq.-ft. bakery facility in Southwestern Ontario.

Richard Lan, president and CEO of Canada Bread, says the new facility will be the largest in Canada.

An exact location is still to be determined, but a final decision is expected by the end of March.

Once confirmed, construction is expected to begin within six months and first production lines will be commissioned approximately 12 months later.

The company says it’s closing the three existing bakeries due to aging assets.

Production will be transitioned over a two-year period as operations at the three plants are wound down, with the first bakery currently expected to close in late 2011, the next in early 2012 and the third in early 2013.

Employees will be given opportunities to consider the 300 positions at the new facility or other available jobs elsewhere.