California Raisins – A Natural Sugar Substitute and Much More 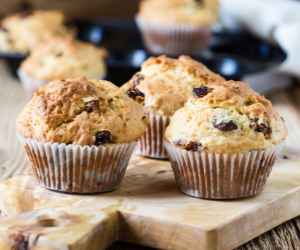 When you’re scaling recipes up to meet the demands of your high-volume business, things can get complicated quickly. That’s why it’s vital to choose quality ingredients that create consistency, great taste, and versatility in your product line. California raisins check all these boxes, and more.

At the recent Bakery Showcase Tradeshow in Toronto, award-winning Chef Nelita Silva demonstrated the versatility of naturally sun-dried California raisins to industry experts, bakers, and food manufacturers alike. Silva, a professor at Centennial College in Scarborough, previously owned the Ancaster Bakery, a busy operation present in farmers’ markets throughout the Golden Horseshoe, and stores in Hamilton. She was delighted to create recipes showcasing the incredible potential and a myriad of uses of this simple dried fruit. Her first demonstration was a twist on the classic chocolate brownie. Raisin Fudge Brownies are just as delicious as they sound – moist chewy California raisins buried in a rich chocolate brownie, topped with peanuts.

A Binding Agent with Flavour Depth

One of the most useful aspects of California raisins is their ability to function as a substitute for refined sugar in a multitude of recipes. They’re ready for use as is, however in this application, they can be processed into a paste which creates a pleasant chewiness for cookies, cakes and assorted treats. This increases the nutritional profile of any ingredient list, while simultaneously adding depth to the flavour profile, a winning combination. California raisins are also an effective binder, creating the ideal texture for cakes, cookies, and savoury dishes. And speaking of texture, the unique skin that California raisins possess translates to no migration of moisture from raisin to recipe, eliminating the concern of unneeded moisture.

Food cost is a constant concern for medium and large-scale producers. California raisins are an economical choice and will contribute to a reasonable cost per portion across many product lines. Their incredible versatility means that they’re a multi-purpose SKU, adaptable to a multitude of recipes. They’re also a meaningful addition to fat-free offerings, adding much-needed flavour and texture to recipes in this category. For manufacturers catering to the increased interest in plant-based foods, California raisins are a great choice. With their rich mouthfeel and deep flavour profile, California raisins effectively counter the notion plant-based foods sacrifice taste or texture. They’re a great addition to an environmental product line, and their nutritional profile shows well on labelling. At the Bakery Showcase Tradeshow, Chef Silva also demonstrated how well California raisins adapt to another favourite – the donut. Oatmeal Raisin Donuts are a baked treat that scale easily to industrial levels. With both dark and golden California raisins, this recipe presents beautifully. Because California raisins hold up so well under high temperatures and multiple cooking methods, they’re a superior choice for large-scale, commercial recipes. California raisins are a practical, multipurpose ingredient. Rediscover them today. 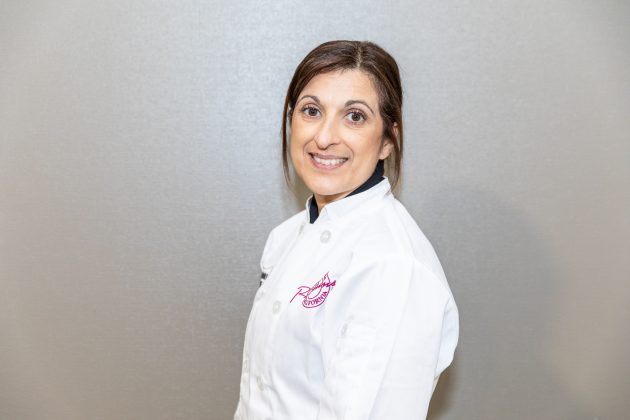 Chef Nelita Silva currently teaches Commercial Operations at Centennial College in Toronto and is an award-winning chef who has worked in the culinary arts since 2008. A graduate of the Certified Chef de Cuisine Program at Liaison College in Hamilton, Ontario, Nelita has enjoyed a variety of work in food service and recipe formulation development where her creativity and attention to detail have contributed to her success in the culinary world.