BC’s local produce production will grow with CubicFarms and FutureLife

CubicFarms, a local chain agricultural technology company, has announced a signed agreement and deposit with FutureLife Produce, for the sale of 10 CubicFarm machines for $1.7 million.

FutureLife is constructing CubicFarms’ largest vertical farming system installation to date with a 100-machine project currently planned to operate in Surrey, B.C., and wishes to install an additional 10 machines at a strategic location in Richmond, B.C. in order to service the local food services market directly and seamlessly.

CubicFarms CEO Dave Dinesen commented, “CubicFarms’ technology was selected by FutureLife because of its superior produce quality, and its ability to deploy its novel automated, controlled-environment growing technology at strategic onsite locations. The deployment of our technology will dramatically shorten supply chains, ensuring only the freshest produce is shipped to its customers. Not only will this help reduce the overall environmental footprint of shipped produce, we believe it will also help to eliminate the impact of lettuce recalls which has so challenged food services industry of late.”

Mr. Dinesen continued, “This is the third sale of our systems in as many weeks, totaling nearly $9 million, and underscores the increasing demand for localized food production.”

“We are thrilled that FutureLife is moving forward with additional machines from CubicFarms in metropolitan Vancouver while our Surrey B.C. site is being prepared for its planned development. This will enable the local market in the food services sector to immediately begin consuming only the freshest locally grown produce,” said FutureLife Founder & CEO Rose Yang.

CubicFarms is a local chain, agricultural technology company developing and deploying technology to feed a changing world. Its proprietary technologies enable growers around the world to produce high quality, predictable crop yields. CubicFarms has two distinct technologies that address two distinct markets. The first technology is its CubicFarms™ system, which contains patented technology for growing leafy greens and other crops indoors, all year round. Using its unique, undulating-path growing system, the Company addresses the main challenges within the indoor farming industry by significantly reducing the need for physical labour and energy, and maximizing yield per cubic foot. CubicFarms leverages its patented technology by operating its own R&D facility in Pitt Meadows, British Columbia, selling the system to growers, licensing its technology and providing vertical farming expertise to its customers. 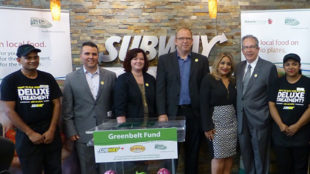 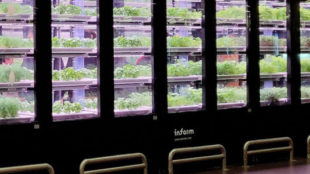