The B.C. Salmon Farmers Association also says exports to 12 markets were valued at more than $544 million. The U.S. remains the primary destination but exports to Asia have increased by 40% over 2015 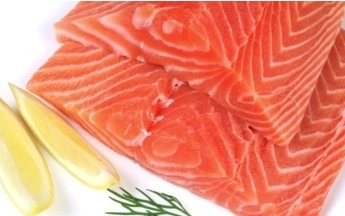 Domestic demand for salmon raised in B.C. continues to be strong, while the U.S. remains the primary destination for exports.

Markets in Asia are showing huge potential with year-over-year more than doubling in many markets.

The volume of salmon raised in B.C. exported to Asia has increased 40 per cent over 2015’s record volume with more than 4.7-million kilograms of fresh salmon exported.

China and Japan continue to be the top two Asian destinations for exports, with South Korea now emerging as a key growth market.

Over 82-thousand kilograms were exported to South Korea in 2016, a market that saw no exports from B.C. before 2015 when the Canada-Korea Free Trade Agreement came into force.

Jeremy Dunn, the executive director of the B.C. Salmon Farmers Association, says as the value of farm-raised salmon increases that value in turn is “being reinvested in the industry with salmon producers building new hatcheries and processing plants upgrading marine farms with the latest technology, building new working vessels, investing in skills training and scientific research, supporting local community projects, and certifying farms to the most stringent third-party environmental standards available.”

Salmon farming has a total economic impact of more than $1.1-billion in B.C. and accounts for more than 5,000 total jobs. Salmon farmers are working closely with coastal First Nations with 20 social and economic agreements in place. Seventy-eight per cent of the B.C. harvest is from farms covered under First Nation Agreements.