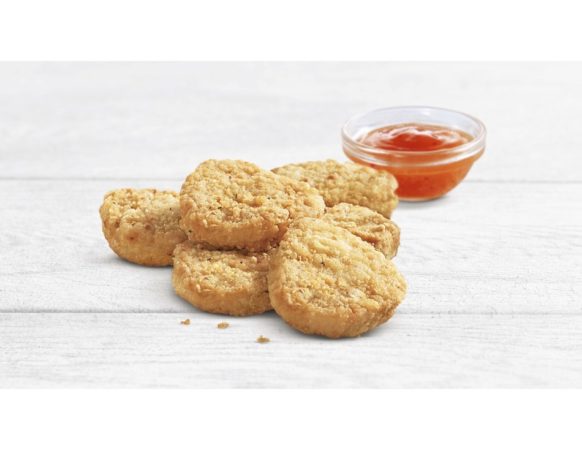 A&W Canada has partnered with Lightlife to become the first quick-serve restaurant (QSR) in Canada to offer Plant-Based Nuggets. Beginning Dec.  2, A&W stores in Ontario and British Columbia will be offering the nuggets,  which are made entirely from plant-based ingredients.

A&W’s new Plant-Based Nuggets are made in Canada with plant-based ingredients like peas, wheat and fava beans.

Lightlife—which is owned by Greenleaf Foods, SPC, a subsidiary of Maple Leaf Foods Inc.—is a plant-based protein pioneer. A&W and Lightlife collaborated to get the taste and texture of the nuggets just right and make them available for Canadians as quickly as possible, resulting in the Plant-Based Nugget.