Big Rock Brewery Inc. announced that the Government of Alberta and the Alberta Gaming, Liquor and Cannabis agency has amended the mark-up policy for Alberta beer sales, which is anticipated to significantly reduce the corporation’s overall beer tax and provide the corporation with a pathway for sustainable growth moving forward.

The new Alberta beer mark-up policy extends the reduced beer mark-up to producers, such as Big Rock, with a worldwide annual production of fewer than 400,000 hectolitres by implementing a graduated scale of up to $0.80/litre. Based on this revised framework, Big Rock anticipates its mark-up on Alberta beer sales will be reduced to $0.64/litre from $1.25/litre as of Sept. 13. 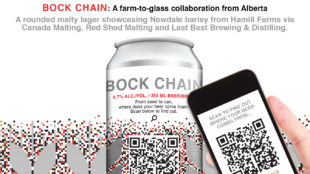