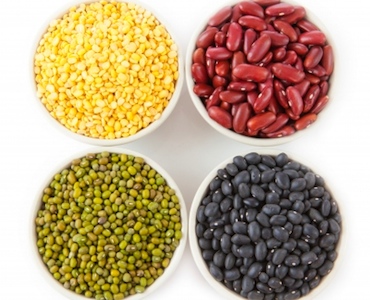 The $11.3 million-dollar project (funding through the PIC Supercluster program) will see a consortium of  AGT Food and Ingredients (AGT) and ulivit, work together to process pea, lentil and faba bean protein concentrate into high moisture meat analogue, Texturized Pulse Protein (TPP), tempeh, tofu, pasta and non-dairy analogues. These ingredients will then be further developed into market-ready food for the consumer and restaurant.

This project brings together AGT, considered one of the founders of Canada’s plant protein industry, with ulivit, – a young company led by two talented women entrepreneurs, to execute projects that will contribute to revolutionising the plant-based food market. Building off each other’s experience and expertise, they will use dry fractioned pulses as feedstock to create high-protein products using green production methods that will consume less energy and water than existing commercial processes.

Bill Greuel, CEO of Protein Industries Canada said of the partnership, ” This is a classic example of how the cluster is supposed to work – a collaboration between large and micro companies to bring new innovations to the market.”  He adds that it also has benefits to Canadians  –  from the farmer growing the pulse crops who will now have more options to sell their product closer to home, to the processors and packagers in the middle who employ Canadians across the country, to the consumer looking to introduce more tasty and innovative plant-protein products into their diet.

It is expected that the demand for plant-based products will only continue to grow, and that increasingly consumers will look for many food products that are flexitarian in nature – meaning that they blend the type of products that AGT and ulivit will create, such as TPP and other pulse ingredients with meat to provide an alternative that is not one or the other, but both.

Murad Al-Katib, president and CEO of AGT said that the development of applications for plant-based foods and the ingredients that are used to make them has been a significant part of  AGT’s strategy over the past decade.

“The critical R&D and production work needed to predict what consumers may be looking for and provide products that fit their tastes is key, not only to AGT’s growth but for emerging companies like ulivit and the pulse food sector overall. Saskatchewan and Canada are the first stop on the protein highway, and we look forward to continuing to innovate, produce and assist in growing a new segment of an exciting sector. PIC helps us to accelerate this growth trajectory we are on,” said Al-Katib.

ulivit founder  Laura Gustafson said that the Supercluster program is a “game changer for ulivit. It creates opportunities that would have been difficult, if not impossible, to achieve.”