The class action was launched in connection with the 2012 recall of beef products processed at the XL Foods facility in Brooks, Alta. 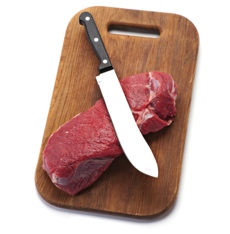 The settlement in a class action suit related to the massive recall of beef products processed by XL Foods in 2012 has officially been approved.

On Feb. 17, 2016, the law firms involved (Siskinds LLP of London, Ont., James H. Brown and Associates of Edmonton and D’Arcy & Deacon LLP of Calgary) announced the court approval of a protocol for the distribution of settlement funds in the XL Foods class action.

This class action was launched in connection with the 2012 recall of beef products processed at the XL Foods facility in Brooks, Alta. The recall was issued as a result of a possible E. coli contamination. This was the largest food recall in Canadian history, according to a media release issued by Siskinds LLP.

According to the Siskinds media release, a settlement in the amount of $4 million has been reached with XL Foods “to resolve the litigation in its entirety. XL Foods do not admit any wrongdoing or liability.” The Alberta court approved the settlement and a protocol for distribution of the settlement funds.

“The result of this case highlights the importance of food safety and holding companies accountable where they have failed to implement safe food processing and testing techniques,” says Daniel Bach, a lawyer with Siskinds LLP.