Up to 20% of packaged sausages in Canada are mislabelled: study 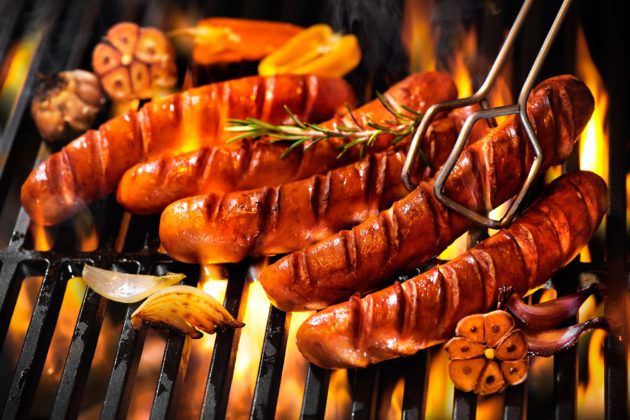 Grilled sausage on the flaming grill

Guelph, Ont. – Up to 20 per cent of sausages across the country could be mislabelled a study has found.

In a report on its website (“U of G Conducts First-Ever Sausage Mislabelling Study,” by Dierdre Healey on Aug. 4, 2017),  the University of Guelph says it conducted a study of mislabelling and cross species contamination of meat ingredients on sausage samples selected from grocery stores across Canada.

The study, which was funded by the Canadian Food Inspection Agency, was published in Food Control.

The researchers looked at “sausage packages labelled as containing only one type of meat.”

Robert Hanner, a professor who worked on the study, says in the report that the research “provides us with a baseline that we can use when working with meat processors to help ensure we have a high quality and transparent food supply.”

The researchers used DNA barcoding along with digital PCR technology to determine which meats were in the sausage samples.

For beef, pork, chicken and turkey sausages, the report says “products were considered contaminated when more than one per cent of another meat was detected. This ruled out trace amounts that might have resulted from incomplete cleaning of processing equipment.”

The report says packages of sausages that are labelled as containing one source of meat but contain more than one meat type “contravene food labelling regulations.”

It’s also dangerous. As Hanner explains in the report “When there is a recall on a certain type of meat, we may miss it if it is present in a sausage product but not indicated on the label.”

Hanner adds that the “study demonstrates that the technology is capable of monitoring the industry in a way we were never able to do before and is just one example of how DNA testing is becoming a standard for food ingredient authentication.”