In a nod to the brand's history, brewmasters at Molson Coors Canada dug deep into the company's recipe archives to launch the John H.R Molson and Bros. 1908 Historic Pale Ale 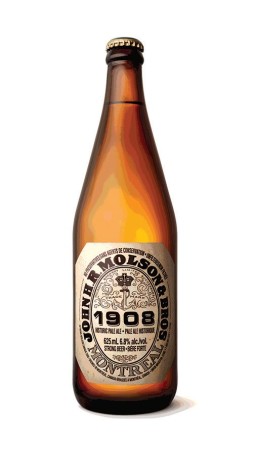 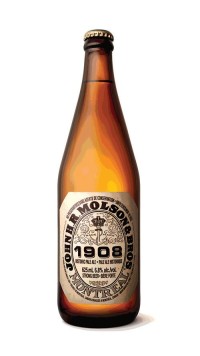 To celebrate its 230 years of brewing in Canada, Molson Coors Canada has reached way back into the past for its newest product release.

Molson Coors Canada has introduced the John H.R Molson and Bros. 1908 Historic Pale Ale, a limited release beer brewed from a recipe dug up from the company’s archives. The recipe is one of many historic documents found in approximately 400 cartons of Molson archives.

According to a company media release, Molson Coors Canada brewmasters worked extremely hard to authentically recreate the 1908 ale, right down to the smallest details. They even used century-old fermentation techniques.

“To try and replicate the flavours and nuances of the early twentieth century recipe, we went deep into the archives to uncover every last detail behind this historic brew,” says Keith Armstrong, brewmaster at Molson Coors Canada. “We sat down with malsters, barley and hops breeders from across the globe to identify the correct ingredients to mix with Molson’s ancient ale yeast derived from the same primordial strand John Molson used in the 1700s.”

During the brewing process, according to the media release, the density and temperature measurements had to be recorded every few hours to ensure consistency.

“Molson Coors Canada has been part of the Canadian business community since 1786. Our family is proud of our deep Canadian roots and proud to celebrate those roots by giving Canadians a taste of one of our finest brews from the early 1900s. The rich story behind the 1908 brew, its unquestionable quality, and the craftsmanship that went into its restoration, are a lot of the same qualities that have helped us build some of Canada’s most recognizable and successful beer brands,” says Geoff Molson, Chairman of the Board of Molson Coors Brewing Company and seventh generation member of the Molson family.