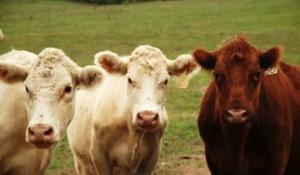 Geneva, Switzerland – The World Trade Organization (WTO) announced that it is upholding its decision on the U.S. Country of Origin Labeling (COOL) rule.

That means the WTO still sides with Canada and Mexico on the debate over COOL.

The WTO is also saying that the U.S.’s amendments to its original COOL rules were not enough.

The WTO says the amended COOL measures the U.S. issued still violate trade rules “because it accords to Canadian and Mexican livestock less favourable treatment than that accorded to like U.S. livestock.”

See “Canada turns the heat up on COOL” for more.

In fact, the WTO concluded that the U.S.’s amended COOL measure increases the original COOL measure’s detrimental impact on the competitive opportunities of imported livestock in the U.S. market because it:

• necessitates increased segregation of meat and livestock according to origin;
• entails a higher recordkeeping burden; and
• increases the original COOL measure’s incentive to choose domestic over imported livestock.

The WTO further found that the detrimental impact caused by the amended COOL measure does not stem exclusively from legitimate regulatory distinctions.

In this regard, the WTO says it followed the approach of the Appellate Body in the original dispute by taking into account the amended COOL measure’s increased recordkeeping burden, new potential for label inaccuracy, and continued exemption of a large proportion of relevant products.

These considerations confirmed that, as with the original COOL measure, the detrimental impact caused by the amended COOL measure’s labelling and recordkeeping rules could not be explained by the need to convey to consumers information regarding the countries where livestock were born, raised, and slaughtered.

The U.S. law, which requires retailers such as grocery stores to list the country of origin on meat, has resulted in fewer Canadian pigs and cattle being exported to the U.S. since 2009, reports Reuters.com.

•CCA
The Canadian Cattlemen’s Association (CCA) says it welcomes the news as it “unequivocally supports Canada’s position that the U.S. amendments to the COOL regulation continue the discrimination against live imports of cattle and hogs into the U.S. marketplace.”

The CCA says in a statement that it is calling on the U.S. Congress to immediately repeal the red meat requirements of the COOL legislation or revise the legislation in a manner that eliminates the need for U.S. cattle buyers to segregate imported from U.S.-born livestock.

“The compliance panel report leaves no shadow of a doubt that the U.S. COOL legislation is causing discrimination against live imports of cattle and hogs into the U.S. marketplace,” said Dave Solverson, the CCA’s president.

“Until COOL comes into compliance with the WTO, the CCA will continue to insist that the Government of Canada prepare to impose prohibitively high tariffs on key U.S. exports to Canada, including beef.”

The next step in the WTO process, says CCA,  will be adoption of the report at a meeting of the Dispute Settlement Body (DSB). Adoption of the report, which can be delayed only by a U.S. appeal, would trigger Canada’s rights to compensation or retaliation.

If the U.S. files an appeal and Canada once again wins, Canada would be authorized to impose retaliatory tariffs on U.S. exports.

•AMI, NAMA
The American Meat Institute (AMI) and North American Meat Association (NAMA) said in a statement that the WTO’s announcement comes as no surprise.

The two associations describe COOL as “not only onerous and burdensome on livestock producers and meat packers and processors, it does not bring the U.S. into compliance with its WTO obligations. By being out of compliance, the U.S. is subject to retaliation from Canada and Mexico that could cost the U.S. economy billions of dollars.”

Both associations say they encourage the U.S. Trade Representative and the USDA not to appeal this latest ruling. Instead they encourage both “to work together with the industry and Congress to amend the COOL statute so that it complies with our international obligations and brings stability to the market. Such a change would help restore strong relationships with some of our largest and most important trading partners.”

CCA says the impact of COOL on the combined Canadian cattle and hog sectors was estimated in 2012 to be approximately $1.1 billion per year; however, the impact has increased since the USDA amended the regulation in 2013.

The CCA adds that it will continue to work with Canada’s federal government to prepare to impose tariffs on U.S. exports selected from a list of targeted commodities released in June 2013.