There is an imbalance of power in Canada’s food supply chain right now, and some reading this may be shocked to learn just how massive that imbalance is.

Every year for many years, some among Canada’s “big five” grocery retailers (Walmart Canada, Loblaw, Metro, Costco and Sobeys) have sometimes treated their food company suppliers very poorly. Collectively, the big five control over 80 per cent of the grocery retail industry.

Using their power to de-list a product at any moment, industry associations told Food in Canada that some of the big five have (hundreds, if not thousands of times) simply ignored the terms in the contracts they signed with suppliers. They have added fees, failed to pay the amount agreed on or within the agreed-on timeline, announced retroactive contract changes, and taken other surprising actions.

Certainly, a food or beverage manufacturer (there are 7,000 in Canada, with about 90 per cent of them under 100 employees) could sue retailers who break contract terms, but having had their products de-listed by these same retailers, their survival would be questionable at best, explains Food and Beverage Canada CEO Kathleen Sullivan. Suppliers have thus had to take the hits, so to speak, in order to survive.

Then came July 2020. At a time when the pandemic was placing many financial burdens on food product makers — restaurant markets were almost obliterated, there were costs of physical distancing and disinfection, supply chain disruptions and so on — Walmart Canada imposed new Covid-related fees on its suppliers. The buying group for Metro soon followed suit, telling suppliers it would expect the same cost reductions. Loblaw announced in October that it would be applying fees in January 2021. (However, we must note that these retailers along with every other business in Canada have also had significant new pandemic-related expenses).

Suppliers were taken aback, but of course there was no immediate recourse. For his part, Gary Sands, who leads the Canadian Federation of Independent Grocers, made public comments supporting suppliers, saying they were doing “logistical cartwheels and financial somersaults” to meet the demands from some of the big five.

But suppliers did call for change. To be specific, they called for a grocery sector Code of Conduct to be created, a concept that has been very successfully implemented in other countries. They were very pleased that in late November 2020, Canada’s federal and provincial/territorial agriculture ministers had agreed to start a working group to examine the related issues.

Food and Beverage Canada, whose members include provincial food/beverage associations and large national processors, welcomes the working group and is hopeful about the outcomes ahead. “There have been concerns for many years about the imbalance of power,” says Sullivan. “Companies are fed up and there needs to be a change. While it’s early days, we hope to hear more soon from the working group about expected milestones. We also want to make sure it’s an inclusive consultation. In terms of the overall outcome, we feel a Code of Conduct is a good solution. It’s worked well in other countries, so we are pressing for that.”

Sullivan also believes the development of a code should involve collaboration with the big five and all independent grocery firms, so that everyone is moving forward together. “A strong food system requires that all parts be strong,” she says. “Consolidation has led to five companies controlling over 80 per cent of the retail market, and while we can’t un-consolidate, what we can do is make sure good business practices are adhered to, something that’s at risk when consolidation in any industry happens — and has become a reality here.”

In addition, a code must have “teeth,” says Sullivan — perhaps with both internal and external dispute resolution processes. And if a code is created, it must also be implemented nationally, but working this out will be a bit of a challenge as commercial contracts fall under provincial law.

The code implemented in the United Kingdom (U.K.) is a good model, according to Sullivan, and also according to Mathieu Frigon, president and CEO of the Dairy Processors Association of Canada.

“The conditions that led to the code in the U.K. were similar to here,” he explains. “They came up with a national mandatory code, and it’s subject to statutory review every three years. In its current form, the U.K. code was established in 2013 and the last review was completed last year. The reviews reported a strong level of collaboration in the value chain thanks to the code, with all stakeholders being satisfied. That speaks volumes and shows that a code can be win-win-win-win, for retailers, farmers, suppliers and consumers.” (See end of story for more.)

Sobeys sent Food in Canada some comments on this topic that the president and CEO of its parent firm Empire Company, Michael Medline, provided to the Empire Club of Canada in October. “The supplier relationship is one of the worst I have seen in my decades of retail which is just plain bad for Canada,” he said. “For clear reasons, suppliers feel bullied which hurts our farmers, it’s not good for small mom-and-pop shops and it’s terrible for consumers.”

He added that “under the heat of the pandemic, we saw what it was like to work together. The whole food supply chain has to work in this country and our relationship has to be fair and balanced on both sides… We support a Code of Conduct that is based on a value of fair dealings and simple and short, similar to the code they have in the U.K. It has to apply to everyone and it has to cut both ways. Suppliers must also promise to play fair but it is time we get together as an industry, and that we have a very simple set of value-driven ground rules.”

Frigon adds that he and his colleagues have been “very encouraged” by Sobeys’ support for a code. “It had an impact with government officials,” he says, “and showed that it was not just about suppliers. It was very important.”

Summing up, Sullivan notes that “we understand the problems, but how do we create and implement solutions that reduce costs, provide certainty and build good long-term relationships at the retail end of our food system? This is the opportunity we have right now.” Frigon agrees. “Currently, all those arbitrary fees and penalties imposed by large grocery retailers reduce investments in food processing, and dairy processing in particular,” he says. “Ultimately, consumers and farmers will also pay for that uncertainty and the offloading of risks by grocery retailers onto their suppliers, so consumers and farmers should also be highly concerned and support a code.”

Excerpts from the latest ‘Statutory Review of the Groceries Code Adjudicator’ in the U.K. (2016-2019)

The U.K.’s Grocery Code of Conduct was created in 2013 and undergoes a statutory review involving all stakeholders every three years. Here are excerpts from the second review, published in 2020, showing the positive benefits:

8. The Review found that the GCA continued to be highly effective in enforcing the code and in exercising its powers. Large retailers, most suppliers and other parties in the grocery supply chain reported that the GCA has created a more level playing field and it had not limited the ability of the U.K.’s groceries retailers to compete and provide a good consumer offer.

10. Respondents’ views on the performance of the GCA were all positive, with the current GCA and her team considered to be approachable, professional and influential in driving the ongoing culture change that was driving fair and transparent supply chains. Respondents felt the current GCA had brought a wealth of knowledge, skills and experience to the role, which enabled her to achieve the required change through a modern regulatory approach, pro-actively engaging with retailers and suppliers.

42. Representative Groups reported that the GCA’s monitoring and enforcement had brought about greater certainty to members, reduced complexity and strengthened the climate for investment in quality, range and choice, from which consumers benefit directly. 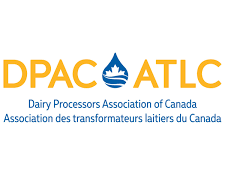