A survey finds consumers are eating beef again after the 2012 recall. But there are important lessons for the food industry, especially when it comes to communications strategy

Guelph, Ont. – Many consumers are now eating the same amount of beef as they did before the 2012 beef recall caused by E. coli bacteria.

A University of Guelph team conducted a survey of consumers in Ontario and found that 94 per cent are back to eating beef again.

The survey looked at purchasing and consumption of beef by Ontarians after the temporary closure of XL Foods Inc. after bacteria was found in processed meat last September.

Surveying 130 consumers, the university found that, following an initial large downsizing in beef purchasing and consumption, the beef market has largely recovered.

Sylvain Charlebois, professor and associate dean of the College of Management and Economics (CME) at Guelph, conducted the survey with Michael von Massow, another CME professor, and master’s student Warren Pinto.

They wanted to see how the food recall affected consumes.

The university says Charlebois will present the survey’s findings at the International Food Marketing Research Symposium in Hungary on June 20-21.

“Given that this was a relatively unknown food processor that was responsible, we were uncertain how consumers would respond,” says Charlebois.

“The results indicate that, while there was a decrease in beef consumption right after the recall, many who lowered their beef consumption are now eating the same amount of beef as they did before the scare. Ninety-four per cent of respondents said they eat beef. We also found that most people feel at ease with Canadian meat products.”

Unlike in past surveys, older and younger respondents generally had the same reaction to the E. coli outbreak.

“What we also found interesting is that a fair number of respondents were aware of the recall but don’t listen to the news all that much,” said Charlebois.

“This suggests that some consumers may have been influenced by other less traditional outlets, such as social media.”

Although the survey suggests most people will recover from the initial scare of a food safety incident, Charlebois said that there are still important lessons for the food industry.

“When dealing with such a massive recall, regulators and industry may want to expand the scope of their risk communication strategy,” he says.

“It seems less traditional information sources influence consumers’ perception of food products, which may make the food industry more vulnerable to subsequent food recalls. Rumours can spread quickly, so it’s important to get correct information into as many different information channels as possible.”

Burgers in Canada are all beef 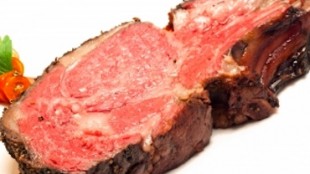 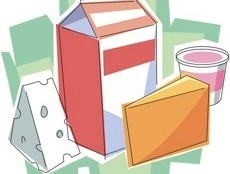