Consumers may be belt tightening in many areas of their lives these days, but the natural and organics industry hasn’t felt the squeeze.

A receding economy with an unemployment rate currently sitting at eight per cent – the highest level in seven years, according to the latest Statistics Canada report released in May – leaves little room for non-essentials. But despite a softening economy, North Americans have shown, with their wallets, that their health is important to them, and sales of natural and organic products have not dipped in any significant way and in some cases, have increased.

According to an editorial on NutraIngredients.com, sales of “food supplements” or what Canadians call natural health products (NHPs), were up eight per cent in the period ended December 2008 over the same time a year previous. Similar trends are being reported elsewhere from China to Europe, South Korea, South Africa and Australia, says web editor Shane Starling.

With little data on the Canadian scene, it’s hard to say if the situation is any different here. However, some supplement manufacturers seem to be taking the weak economy in stride. Jeffrey A. McHarg of Nature’s Way of Canada says if the previous three “downturns” in the North American economy are any indication or insight, the natural products industry will most likely remain unaffected. “In a struggling economy associated with a decline in employment, consumers prioritize their health in order to remain gainfully employed and to continue to support their family,” says McHarg. In short, he says, they can’t afford to get sick.

It’s the promise of health and well-being that has seven in 10 Canadians using natural health products, such as vitamins and minerals, herbal remedies and teas, additive-free foods and organics. Eighty-one per cent of Canadians also agree that the use of NHPs will increase over the next decade, according to a baseline 2005 study by Health Canada.

The organics category has also seen impressive growth despite an economy that’s a little under the weather. The Organic Trade Association reports U.S. retail sales of organic food and non-food products grew 17.1 per cent last year over 2007, according to its 2009 Organic Industry Survey. Canadian consumption of organic products remains modest, about one to two per cent of total food consumption, but it is growing steadily at a rate of 20 per cent a year. New Canadian organic standards and regulations for organics, scheduled to come into force June 30, 2009, should provide consumers with greater confidence in this rapidly expanding market. Indeed, equivalency agreements with Canada’s major trading partners such as the U.S. will also need to be negotiated and signed, thereby ensuring Canadians have continued access and choice in organics. 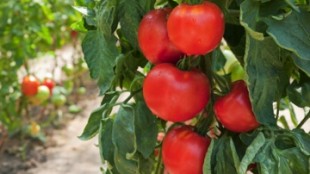 Grocery Report: The Shape of Things to Come