National initiative to work with producers, researchers and industry to promote Canadian-grown seed

Ottawa, Ont. – USC Canada has launched The Bauta Family Initiative on Canadian Seed Security, in partnership with Seeds of Diversity Canada and with the support of the W. Garfield Weston Foundation.

The new program will work with farmers, researchers, industry and government to promote the production and use of local and diverse ecological seed. The initiative will receive up to $1 million in funding per year for the next four years, and will work through five regional hubs across the country.

According to USC Canada, the reliance by Canadian producers on a narrow range of crops and imported seed makes our food system vulnerable. This new initiative will work towards developing the market for more high-quality, biodiverse, grown-in-Canada seed.

USC Canada is an international NGO based in Ottawa that works with small-hold food producers. The organization has bred 5,000 crops and donated more than 2.1 million seed varieties to the world’s gene banks. Seeds of Diversity Canada is a leader in seed biodiversity conservation.

(Above): According to Bob Wildfong of Seeds of Diversity Canada, crucial genetic diversity among Canadian food plant varieties has declined 75 per cent. Increased seed saving practices and networks supported by the Bauta Family Initiative can counter the trend. Photo: USC Canada. 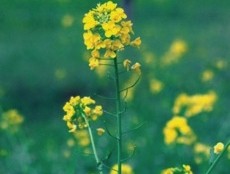