The Canadian Council of Grocery Distributors decides to dissolve

Toronto, Ont. – The Canadian Council of Grocery Distributors (CCGD) has announced that its membership has decided to dissolve the association immediately, effective Feb. 4.

The CCGD is a not-for-profit organization committed to advancing and promoting the grocery and foodservice distribution industry in Canada. It also operates the annual Canadian Grand Prix New Products Awards. According to the association it will complete its evaluations of products for the awards “prior to the transfer of the program.”

According to CCGD president and CEO Nick Jennery, the association had a special general meeting in January, following the decision of several of its largest members to leave the CCGD and join the Retail Council of Canada in a soon-to-be-established food caucus. It was at that point that the organization voted to dissolve. Loblaw, Sobeys, Walmart Canada, Metro and Canada Safeway have all agreed to join the food caucus. Jennery says the CCGD’s small- to mid-size members have several options open to them in terms of affiliation with other industry associations.

“I’ll be winding the association down by Feb. 28, after 24 years,” says Jennery, who has been with the CCGD for 13 years. “We’ve got much to celebrate and be proud of. We’ve done lots of good work for the industry. “ 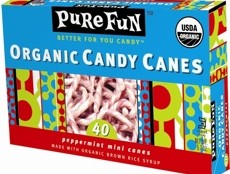 UPDATED: Canadian dairy may need to up the ante to acquire Australian company