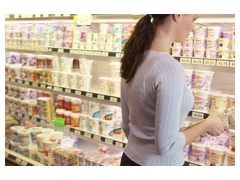 The IDFA and other groups oppose the legislation because it would reduce demand for dairy products and cause U.S. food manufacturers to use more non-dairy ingredients.

Country-of-Origin Labeling or COOL requires retailers to identify for consumers the source of certain foods.

Currently, only meats, nuts and raw produce are subject to COOL requirements, and all ingredients used in processed foods are exempt.

The new bill, S. 1783, would retain the exemption for all processed foods except fluid milk, cheese, ice cream, butter and all other dairy products.

The senators, says IDFA, pointed to consumer choice as a reason for the bill. They also wrongly think the bill will address low milk prices and the crisis facing dairy farmers in the U.S.

The IDFA has described the bill as misguided, and says it will not help “America’s dairy farmers.” The National Milk Producers Federation also expressed opposition to the proposed legislation.

COOL was introduced last year, reports FoodNavigator-USA.com, and has caused tension with Canada, who says that it’s damaging to Canadian farmers.


Related Stories
UPDATE: House of Representatives votes to repeal COOL, but it still isn’t over yet
Alberta agriculture minister goes south with case against COOL
WTO rules on the U.S.’s amendments to COOL