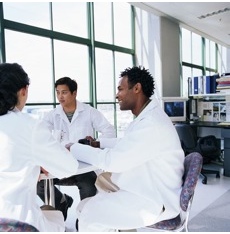 The University of Maryland and the Waters Corporation have launched a public-private initiative to help the U.S. defend against contaminated food imports. The laboratory will be run by the Joint Institute for Food Safety and Applied Nutrition (JIFSAN) and is expected to open in 2011.

The initiative, the parties say, is an important step to increasing the foreign scientific capacity needed to uncover contamination before commodities ship.

At the new facility, foreign food manufacturers and scientists will be taught U.S. Food and Drug Administration (FDA)-approved microbiological and chemical analytical procedures.

Jianghong Meng, who directs JIFSAN, explains that border inspections aren’t feasible nor are they an option.

“We import so much food from other countries that the FDA can only inspect about one percent of it,” explains Meng. “The answer is to control contamination at the source.”

The new facility will teach an estimated 200 foreign food and government workers per year and will be based in College Park at the University of Maryland.

With an investment valued at more than US$4 million, the Waters Corporation will build and equip the facility and assist in designing the program.

Waters manufactures laboratory equipment used to detect and measure the presence of chemical contaminants in food.

JIFSAN will be responsible for curriculum and training at laboratory, and operate the lab as a self-supporting facility.