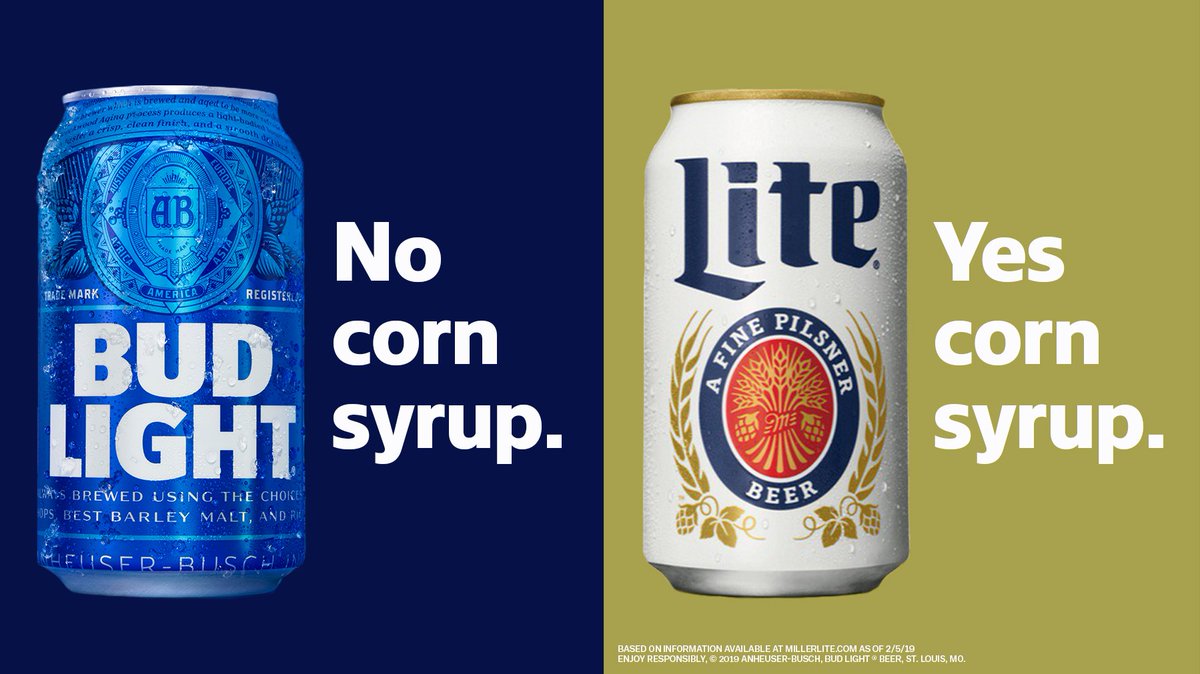 On September 4 a preliminary injunction against Anheuser-Busch was made in Wisconsin, barring the brewer from using any “no corn syrup” language and icon from its Bud Light beer packaging. Again, the federal courts have found Anheuser-Busch’s use of “no corn syrup” to describe Bud Light could mislead consumers to believe that Miller Lite and Coors Light contain corn syrup in their final products.

“Today’s ruling is another victory for MillerCoors, but more importantly it is another victory for the American public against deceptive advertising like Bud Light’s,” said MillerCoors CEO Gavin Hattersley. “Bud Light’s campaign was bad for the public, bad for the industry and against the law. With this ruling, we are holding Bud Light accountable for its actions, and we will keep holding their feet to the fire every time they intentionally mislead the American public.”

At the time of the previous ruling, the federal court asked for additional written arguments from MillerCoors and Anheuser-Busch before making a determination on the request to bar Bud Light from using “no corn syrup” on its packaging. After reviewing those arguments, the federal court extended the preliminary injunction to bar Anheuser-Busch from using “no corn syrup” on any future Bud Light packaging. Anheuser-Busch will be allowed to sell products using the packaging it had on hand as of June 6, 2019, or until March 2, 2020, whichever occurs first.