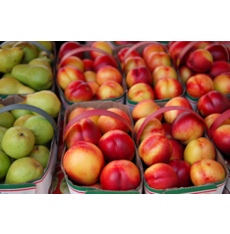 With the federal parliament currently prorogued, tender fruit growers in the Niagara, Ont.-region are losing hope that they will get the cost of production insurance program that they so greatly need.

The sector has been actively lobbying the government for such a program in order to provide growers and processors with some financial security. Particularly devastating have been high labour costs – by March payroll costs will have increased $73 million in three years – and lower prices paid for produce at retail.

According to an interview in the St. Catharines Standard, Brenda Lammens, chairwoman of the Ontario Fruit and Vegetable Growers’ Association, believes that without a federal-provincial risk management program “the future looks grim” for Niagara’s tender fruit sector. And, adds Guelph, Ont.-based agricultural think tank the George Morris Centre, the Niagara-area industry could shrink “between 40 per cent and 70 per cent as a result.”