CSPI wants the food industry to switch to safer natural options; dyes and colourings are only cosmetic

The U.S. Food and Drug Administration’s (FDA) Food Advisory Committee will vote today on whether dyes used in food cause hyperactivity in children.

The two-day meeting comes after the Center for Science in the Public Interest (CSPI) petitioned the FDA to review the evidence linking synthetic food dyes to behavioural problems.

ABC News reports that the committee will likely decide the colours are safe to use. The FDA reviewers have said there isn’t enough evidence to show a link between the colours and hyperactivity in children.

The CSPI has a different take on the issue. Its executive director, Michael Jacobson, says Red 40, Yellow 5, Yellow 6, and other dyes have no useful nutritional or preservative value; their only function is cosmetic. And by cosmetic, the dyes are often used to make junk food more attractive to young children, or to simulate the presence of a healthful fruit or other natural ingredient. Even foods that aren’t particularly colourful – such as instant mashed potatoes or pickles – are dyed.

“The evidence that these petrochemicals worsen some children’s behaviour is convincing, and I hope that the FDA’s advisory committee will advise the agency to both require warning notices and encourage companies voluntarily to switch to safer natural colourings,” says Jacobson.

“Having brightly coloured Froot Loops, Skittles, Mountain Dews, or pickles or anything else just isn’t worth putting any children at risk.”

Earlier this year, the CSPI called on the FDA to ban the caramel colouring used in Coca-Cola, Pepsi and other foods.

The CSPI says the coloring contains two chemicals, 2-methylimidazole and 4 methylimidazole, which in government-conducted studies caused lung, liver, or thyroid cancer or leukemia in laboratory mice or rats. 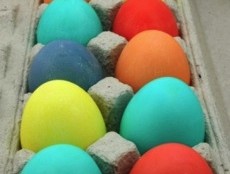 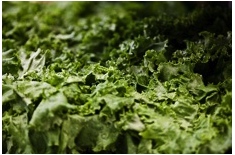