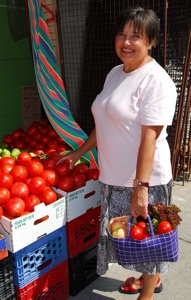 According to a recently survey by Leger Marketing, 77 per cent of Canada’s baby boomers say they now read the nutrition facts panel on food products, as compared to five years ago. And they’re eating healthier as a result.

At the same time though, many are still confused about the different types of fats in the foods they eat, as well as about healthy ingredients such as omega-3.

The survey, sponsored by Unilever Canada and conducted in June through interviews with 1,133 people aged 35 to 64, showed that consumers in this age group are looking for more health information about the food they eat. In order of priority, they’re looking for information on fat, sodium, calories and cholesterol. As well, 64 per cent said they now look for foods containing omega-3 as compared to five years ago.

However, despite the fact that 72 per cent of respondents consider themselves knowledgeable about omega-3, just 30 per cent could identify the three main types of omega-3 polyunsaturated fats (ALA, DHA and EPA), and many could not identify sources of omega-3 other than fish.  Half were also surprised to learn that DHA and EPA can help contribute to heart health, a key concern of this generation.

According to the Dietary Reference intakes developed by the Institute of Medicine, National Academies Press, men require 1.6 g of ALA per day, while women require 1.1 g, and both should consume 0.5 g of DHA and EPA daily.