September 25, 2018 – The owner of the Sobeys and Canada Safeway chains has a deal in place to buy southern Ontario grocery retailer Farm Boy, a well known patron of the region’s producers.

In a deal still subject to review by the federal Competition Bureau, Empire Co. announced Monday it will pay $800 million for the grocery chain, currently co-owned by a management group and investment firm Berkshire Partners. The deal is expected to close at the beginning of next year.

The Ottawa-based chain, which started with a single store at Cornwall, Ont. in 1981, now includes 26 stores mainly in southeastern Ontario, with plans now afoot to expand its space in southwestern Ontario and the Greater Toronto Area (GTA) — areas where Empire says its own chains are so far “under-penetrated.”

Those expansion plans are expected to continue as “early priorities” for the Farm Boy business under Empire ownership, “through a combination of new site builds and conversions of some existing Sobeys locations.”

Nova Scotia-based Empire described Farm Boy as a “highly scalable” platform with “industry-leading” growth and metrics, which will allow Empire to accelerate its own growth in urban markets.

Boston-based Berkshire has owned an unspecified equity stake in Farm Boy since 2012. Its managing director Chris Hadley said at the time that the Farm Boy stores “deliver a unique fresh and friendly shopping experience compared to other food retailers.”

“Farm Boy has a best-in-class brand with stellar customer loyalty,” Empire CEO Michael Medline said in a release, noting the chain’s offering are “particularly appealing to urban and suburban consumers.

“We believe we will be able to build on their historical industry leading same-store sales growth of 5.3 per cent and five-year (compound annual growth rate for earnings) of 21 per cent to double the size of the business in the next five years.”

Working with Empire, “we will strengthen the already-strong Farm Boy brand, starting with urban and suburban markets in Ontario and eventually rolling out to other areas of Canada,” Farm Boy co-CEO Jeff York said.

York and co-CEO Jean-Louis Bellemare will remain in their roles for the long term, reporting to Medline and managing the business separately from Empire’s other operations, the company said. The two co-CEOs also agreed to reinvest in the business in return for a 12 per cent stake in the continuing Farm Boy business, Empire said.

For Farm Boy, the deal allows access to Empire’s “infrastructure and capabilities” in real estate, sourcing and logistics, providing for certain “non-customer-facing synergies” and “faster and even more effective store expansion.” 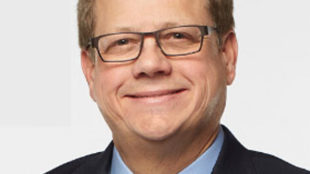 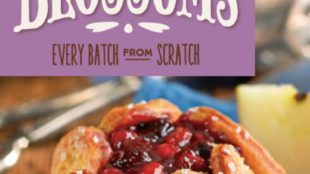 Chudleigh’s Farms now brings the farm to your grocer