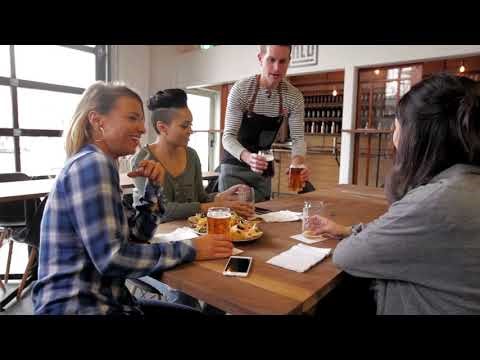 Beer Canada calls on the government to roll-back the April 1 tax increase in the upcoming budget. On the first of April, the federal government’s excise tax on beer increased for the fifth time in four years, and the second time during the pandemic. This increase will place additional stress on struggling bars and restaurants, as well as the 149,000 Canadians whose jobs are supported by the production and sale of beer.

Second beer tax increase during the COVID-19 pandemic harmful to bars, restaurants and Canada’s economic recovery.
Despite ongoing calls by more than 250 businesses and organizations requesting that the federal government put a freeze on beer taxes to provide much-needed relief to the hospitality sector, one of the highest beer tax rates in the world – almost 50% of the price of beer – has gone up yet again.

“Continuing to raise taxes on beer in the middle of the pandemic is counterproductive to the government’s goal of supporting the recovery of Canada’s hardest-hit businesses, including restaurants and bars,” said Luke Chapman, Interim President of Beer Canada. “The last thing Canadians need right now is higher taxes.”

Introduced in March of 2017, the federal government’s automatic tax increase on beer occurs annually on April 1, without a vote by Parliamentarians. While the tax is applied at the brewery level, it has a trickle-down effect that extends to restaurants and Canadian consumers through higher beer prices.

“For a mid-sized brewery like ours, we pay 61-million dollars in tax every year, and our net earnings are around four million dollars. What that really means is the government makes fifteen times more money on our business than we do,” said George Croft, President and CEO of Waterloo Brewing Company. “We’re trying to make sure we don’t have to pass more costs on to bars, restaurants and consumers because it’s going to be a long recovery.”

Amid the pandemic with restaurant and bar sales cratering, the April 1 increase on alcohol amounts to another $20 million in taxes that Canadians and our already struggling hospitality sector will ultimately pay.

“Bars and restaurants, in particular, have been very hard hit, and they’re going to need the support of all their suppliers – including beer manufacturers,” said Andrew Oland, President & CEO of Moosehead Breweries. “Brewers across the country are finding ways to provide support and help our bar and restaurant partners, but we need the government to step up and create conditions that allow us to continue supporting the recovery. Raising beer taxes does the exact opposite.”

For the past several months, Beer Canada, along with partners in the hospitality, tourism and agriculture sectors, have been calling on the government to freeze beer tax increases through the ‘Freeze It For Them’ campaign. The movement has garnered more than 10,000 signatures from Canadians across the country who support a tax freeze on beer. For more information, visit www.freezeitforthem.ca.

ABOUT BEER CANADA
Beer Canada is the voice of the people who make our nation’s beers. Our members account for 90% of the beer produced in Canada. The sale of beer supports 149,000 Canadian jobs, generates $14 billion in Gross Domestic Product and $5.7 billion in government tax revenues.
Beer Canada has represented Canadian brewers since 1943 and offers the most comprehensive and timely statistical overview of monthly and annual trends in the beer industry.