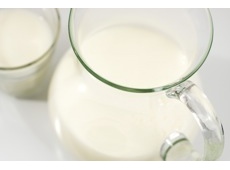 Scotsburn, N.S. – Just after selling its fluid milk division to Saputo Inc. for $61 million, Scotsburn Co-operative Services Ltd. has announced an acquisition of its own.

Scotsburn made the announcement on Jan. 22, but did not disclose financial details.

Doug Ettinger, Scotsburn’s president and CEO, told TheChronicleHerald.ca, that the acquisition makes a good fit and gives the company’s plans on becoming a major ice cream producer a significant boost.

Gaetan Lebel, who founded the ice bream business in 1986, will stay on to oversee the operations at the Lachute plant. There are 160 employees.

The Lachute plant was built in 2000 and expanded in 2008 when the company installed new machinery to manufacture frozen desserts. A year later the company expanded again and today has the largest plant for manufacturing ice cream and frozen desserts in Quebec. Aliments Lebel also says it’s the only producer of ice pops in the province.

Scotsburn is the largest manufacturer of ice cream and frozen novelties in Atlantic Canada. It also produces private label products for major retailers and distributes products west of Atlantic Canada and globally.

The business has more than 350 shareholders, including more than 100 dairy farmers, and operations in Nova Scotia, New Brunswick and Newfoundland and Labrador.

The deal is expected to close in March.